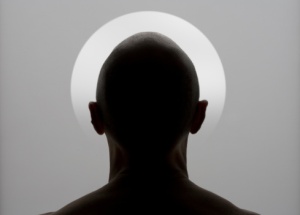 One answer makes things quite simple for us. They are brainwashed. Or, more “scientifically,” they have been “mentally conditioned.” This, apparently, is the argument of a book called When God Talks Back as described in a book review by Molly Worthen  in The New York Times this past April. Why do evangelical Christians believe in a personal God who listens and responds to their prayers, who heals and reveals himself in other concrete ways? According to the book’s author T.M. Luhrmann,

Evangelicals believe in an intimate God who talks to them personally because their churches coach them in a new theory of mind. In these communities, religious belief is “more like learning to do something than to think something. . . . People train the mind in such a way that they experience part of their mind as the presence of God.”

In short, through repeated exposure to and investment in such things as music, prayer, shared corporate religious experiences, distinct ways of speaking about and talking to God, and constantly taking inventory of one’s own spiritual temperature, the brains of evangelical Christians actually begin to change and God begins to be heard and experienced in the desired ways. “Conjuring God” isn’t that difficult to do by minds eager and willing to do so.  It is, according to Luhrmann, all about “training perception.”

Of course there’s nothing new about the argument that psychology, not theology, is the appropriate domain of discourse for describing religious experience. That path is a well-traveled one, going back at least as far as Sigmund Freud and William James, to name just a few. And there is little doubt that our minds can be trained to believe all kinds of things. What strikes me about arguments like these is not that they are implausible in and of themselves but that they seem to be very selectively applied.

To religious beliefs, specifically. It is very often religious people who are described as “brainwashed” or “mentally conditioned.” It is very often religious brains that are scrutinized and studied in order to locate and understand the neural cocktail capable of producing such odd and irrational beliefs. And, very often, to “explain” is to explain away or dismiss. The resulting studies sound very smart and scientific and “objective,” but invariably they come out something like, “Well, there are these peculiar creatures who engage in these peculiar activities which have these peculiar effects upon their poor, misguided brains, which establish and reinforce certain neurological circuits, which explains why they believe in an imaginary being and behave as they do. It’s all very simple, you see. Their brains are being programmed.”

But why stop with religious brains? If the argument is that repeated behaviours and rituals and habits of thinking and speaking and patterns of socialization result in a certain way of being in the world, this is surely true for all of us, isn’t it? Atheists and Adventists, agnostics and Pentecostals, anarchists and bureaucrats, Democrats and Republicans, classical music enthusiasts and punk rockers, NASCAR enthusiasts and soccer fans, poets and scientists. Even, perhaps, neuroscientists?

While Thomas Kuhn and others have addressed these matters in scholarly works, I have come across very few popular articles (in the NYT, for example) about how and why a scientific worldview is nourished and maintained—about how scientists inhabit a particular community with certain assumptions and certain repeated behaviours and ways of speaking and thinking that reinforce certain ways of looking at and acting in the world. Or, if we don’t want to bother the scientists and sociologists (they’re busy studying the rest of us, after all), why not study the beliefs and behaviours of garden variety agnostics? Or people who read The New York Times? Or people who buy organic bananas? Or people who cheer for Liverpool? Or ____?

All beliefs and behaviours are influenced by the social contexts in which they are formed and by the choices we make about which ones will be rejected or modified and which will be reinforced (and how). All of us inhabit what sociologist Peter Berger called “plausibility structures”—sociocultural contexts in which our beliefs and values take shape and are, over time and with subsequent influence from individuals, institutions, etc, rendered more, well, plausible than others. We should expect, upon examining a particular human community, to find evidence that their beliefs and behaviours are shaped by the contexts they are a part of. These are, after all, the only ways and the only places that human beliefs and behaviours exist.

From: Atheism, Culture, Epistemology, Faith, Religion, Science
← “And No Religion Too…”
The Movies →
12 Comments Post a comment