“The Tale That is Too Good Not to Be True” 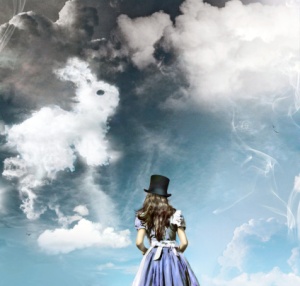 It is a dangerously humbling thing to read a book on preaching by Frederick Buechner the day before preaching.  The man possesses an imagination and a gift for words that never ceases to impress and inspire me.  Perhaps more importantly, he has a way of speaking about the gospel to everyone from doubters and cynics to believers and those trying to believe, and everyone in between—and all in such a way that makes both faith and its object seem plausible and possible, maybe even real and true.  Reading Buechner is good for the soul.  He convinces me that I am not crazy to believe or to write and speak about this crazy story week after week.

I finished Telling the Truth this morning.  It’s a very small book for such a grand topic, but no less impressive for its brevity.  Buechner looks at the gospel through three windows:  tragedy, comedy, and fairy tale  The last chapter, “The Gospel as Fairytale,” ends thus:

So let the preacher… preach to us not just as men and women of the world but as children too, who are often much more simple-hearted than he supposes, and much hungrier for, and ready to believe in, and already in contact with, more magic and mystery than most of the time even we are entirely aware of ourselves… Let the preacher stretch our imagination and strain our credulity and make our jaws drop because the sad joke of it is that if he does not, then of all people he is almost the only one left who does not.  Scientists speak of intelligent life among the stars, of how at the speed of light there is no time, of consciousness as more than just an epiphenomenon of the physical brain.  Doctors speak seriously about life after death, and not just the mystics anymore, but the housewife, the stockbroker, the high-school senior speak about an inner world where reality becomes transparent to a reality realer still.  The joke of it is that often it is the preacher who as steward of the wildest mystery of them all is the one who hangs back, prudent, cautious, hopelessly mature and wise to the last, when no less than St Paul tells him to be a fool for Christ’s sake, no less than Christ himself tells him to be a child for his own and the kingdom’s sake.

Let the preacher tell the truth.  Let him make audible the silence of the news of the world with the sound turned off so that in the silence we can hear the tragic truth of the Gospel, which is that the world where God is absent is a dark and echoing emptiness; and the comic truth of the Gospel, which is that it is into the depths of his absence to such unlikely people as old Sarah and Abraham and maybe when the time comes even Pilate and Job and Lear and Henry Ward Beecher and you and I laugh till the tears roll down our cheeks.  And finally let him preach this overwhelming of tragedy by comedy, of darkness by light, of the ordinary by the extraordinary, as the tale that is too good not to be true because to dismiss it as untrue is to dismiss along with it that catch of the breath, that beat and lifting of the heart near to or even accompanied by tears, which I believe is the deepest intuition of truth that we have.

From: Awe, Books, Faith, Gospel, Grace, Hope, Quotes
← “Our Relationships Have to Be Built on Respect”
It Hurts →
6 Comments Post a comment