What Must I Do to Inherit Eternal Life? 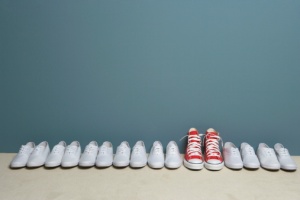 That may be true for you, but how can you say that it is true for everyone else when there are so many different understandings of truth out there

This is, of course, among the most common questions out there in postmodern-dom and, more specifically, in the context of the religious/ethnic/cultural diversity that is becoming the new normal in Canada and the West in general. Christians are becoming increasingly aware that there is much that is good and true and beautiful in a wide variety of worldviews and practices. We are also alert to the painful reality that the Christian worldview has all too frequently been aligned with the interests of colonialism and other less overt modes of cultural imperialism. It can be a tricky thing, this business of expressing one’s convictions about the particularity of truth amidst all of diversity and historical error and the baggage that comes along with it.

I spent part of last week in Edmonton at a theological studies conference where the topic was Christian/Muslim dialogue. We spoke a lot about the value of dialogue and friendship, about refusing to go along with the “my religion is better than your religion” narrative that we so often see in the popular media, and about the points of commonality that we could celebrate and embrace with our Muslim neighbours. But eventually, inevitably, the conversation turned to the question of the boundaries of truth and the scope of salvation. Do Muslims need to become Christians to be saved? Is “becoming a Christian” even the right category to use? How can we say that their truth is wrong and ours is right? Isn’t that arrogant of us? What if Jesus is just our way of understanding God? What if theirs is equally valid and worthy of celebration? These questions and others were all debated and discussed (in animated fashion!) one afternoon between lunch and coffee. Unsurprisingly, there was a fairly broad range of opinions expressed.

Like a good Mennonite, my instinct when it comes to big questions like these is to default to the words of Jesus. A few passages leap to mind. I don’t claim that these are the “definitive verses” or anything like that (as if there could be such a thing!), but they seem to me to be as good a place to start as any.

First, the oft-quoted words of Jesus to his disciples in an early part of the “Farewell Discourse”—the last words to Jesus before he is arrested in the garden:

Thomas said to him, “Lord, we do not know where you are going. How can we know the way?” Jesus said to him, “I am the way, and the truth, and the life. No one comes to the Father except through me (John 14:5-6).

It’s quite clear, isn’t it? Jesus could hardly have said it more plainly. No one comes to the Father except through him. I can’t count the number of times that I have heard these verses used to “explain” the obvious truth that Jesus is clearly teaching that unless you become a Christian you will not be saved. Of course, Jesus doesn’t specifically say anything about who is “saved” and who isn’t here. In context, Jesus’ response to his disciples’ question seems to have much more to do with his own identity and his connection with the Father than it does with delineating the borders separating the saved and the damned. Nonetheless, I think it is quite fair to conclude from this text (and others) that Jesus is claiming that he is the unique and singular guarantor of the things that we most hunger and long for. Truth. Life. These are what we need and Jesus offers them.

But there are other passages, as well. I am thinking of two, in particular, from Luke’s gospel. Two times, Jesus was quite specifically asked the question that is on many of our minds and lips. What must I do to inherit eternal life? In Luke 18:18-30 the question comes from a rich ruler. Jesus’ response is well-known. He doesn’t give him a list of doctrines to believe nor does he ask him to affirm something about the nature of Jesus’ identity. He certainly doesn’t require that his interlocutor ask Jesus into “his heart” or to believe in his atoning work on the cross (hard to do that when you haven’t died yet!). He tells him, rather, to follow the pretty ordinary and well-known moral code set forth in the Ten Commandments.  Oh, and he tells him to sell all of his possessions and follow him. How many good Bible-believing Christians are inheriting eternal life on that criterion? 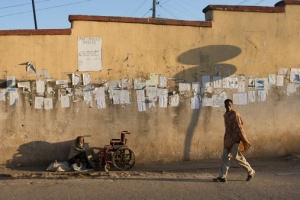 The question is found a few chapters earlier, as well—this time, from the mouth of a lawyer. What must I do to inherit eternal life? We all know the story of the Good Samaritan that constituted Jesus’ answer to this question (Luke 10:25-37). Again, when asked a very specific question about personal salvation, Jesus does not provide a list of doctrines or ritual requirements to embrace. He doesn’t say, “well, there’s this new religion that I’m about to start, see, and if you just align yourselves with it, you’ll be fine.” Not at all, actually. What he does is tell a very uncomfortable story about what it means to love one’s neighbour—and he tells it with someone from the “wrong culture” and the “wrong religion” in the starring role. What he does is blow apart familiar and cherished and faithfully taught understandings of who is in and who is out and which people God likes and which people God doesn’t like and who understands God “correctly” and who does not and reframes the question of what salvation looks like and where it is found around the question of who and how we love.

In both cases, Jesus points not to an abstract belief system about the nature of reality—a “worldview,” if you will—but to concrete deeds of love, self-sacrifice, and surrender. And he does all of this, remember, in response to very specific questions about how to inherit eternal life.

On the other hand, though, we must remember that this same Jesus had (and has) an uncomfortable habit of having very little use for our systems and categories and border policing. Indeed, when pressed to make these distinctions clear, he would often do something irritating like tell a story—and usually a story that left the questioner rather red-faced and bewildered.

I don’t know who is in and who is out. I don’t even want to know, truth be told. I am happy to leave these decisions to the one true judge who will do what is right (Gen. 18:25). I am increasingly finding that I have more than enough to worry about in learning to align my own habits and thoughts and behaviours with the things that Jesus cared about without presuming to pronounce upon the salvation of others. What I do know—what I am supremely confident of, in fact—is that if Jesus is the most comprehensive and accurate embodiment of the nature and character of God and his purposes in and for the world, then the final chapter of our story will contain a few surprises in it. I have seen too much of the unsettling and jaw-dropping mercy of God to expect anything different.