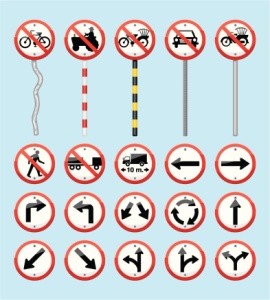 A few reflections on unrelated themes for a Wednesday morning…

I was having a conversation with a person this morning who has been navigating the murky waters of trying to discern the best treatment options for a health concern.  One doctor recommends this, one recommends that, one tries to push pills, one recommends “natural” treatments, one article says this, another article says that.  Often, the opinions are wildly contradictory.  How do you make a good decision in the face of such divergent viewpoints—especially when the purveyors of this or that position almost invariably stand to profit, directly or indirectly, from your agreeing with them?

Who do you trust when everyone has a vested interest in convincing you that they are right?

What is true in the medical profession is true for religion as well, he said.  Whether it is salvation or enlightenment or therapy that is for sale, there are spokespeople lining up to convince us that we need what they are selling.  It’s amazing how frequently people who speak the loudest and most confidently about “the truth” that they possess (and that we need) stand to profit from our acceptance of “the truth.”

Again, who do you trust?  How do you decide who is right?

I had another recent conversation with a guy who wandered into the church one afternoon.  He wanted to know what sort of strange creature a Mennonite might be and how this differed from other traditions.  He had grown up in a mainline church, but had left all that behind now for a “church of unity.”  He thought Jesus was a pretty cool guy and admired his teachings, but found the cross and atonement distasteful and unbelievable.  He wanted to know if our church tried to “convert” people.  I said that while I might not use that language, I of course thought inviting people to discover life with Jesus was a pretty important part of my role and the role of the church in general.  He wasn’t so sure about that.

His solution to the problem of trying to figure out who’s right and who’s wrong was to say, “I think that everyone has their own God and that we’re all right.  Who am I to say who’s right and wrong?”  Of course, he seemed to have already decided that Christians who emphasized the cross were wrong so clearly everyone wasn’t right, but his solution is a common enough one these days.  We can’t decide, so everyone is right.  Until we don’t like what they say.  And then they aren’t right.  But basically, we should just affirm everyone and not judge each other.  I wonder how that solution would fly in the world of medicine? 🙂

It seems to me that whether it is our physical or spiritual well-being that is at stake, we are stuck navigating these stormy waters with other human beings whose views are always influenced by self-interest.  There is no way around this.  All truth comes to us via profoundly selfish and flawed human intermediaries.  I often wish this were not the case.  But it is.  All we can do is do our homework, be patient and gracious with each other, and learn from our mistakes (and the mistakes of others), trusting that this is how truth makes its way in the world.

I received an interesting article the other day from an atheist friend about an idyllic tribe in Brazil who have proved stubbornly resistant to Western missionaries with their narratives of redemption and salvation.  These people are apparently perfectly happy and content with their lives, feel no particular compulsion to ask ultimate questions about what else is out there, and have no particular hang ups with personal guilt or obsession with salvation.  Life is little more than a glorious guilt-free siesta occasionally interrupted by the need to procure the essentials of life and to procreate.  Or something like that :).

The article comes via the Freedom From Religion Foundation, and it’s not difficult to see why those who are hostile to religion or who have discarded a religion they once embraced might gravitate toward stories like this.  Religions—and perhaps even Christianity, in particular, are famous for their attempts to diagnose/manufacture the disease before offering the cure.  Part of the process of evangelism often involves convincing people that they need God to fill some hole or meet some previously unacknowledged or unrealized need.  But what to do when a people group seems to have no need for God or for the benefits God offers?

I’ve written before about the “good without God” phenomenon before, and don’t have much to add as far as that goes.  In very general terms, my response to stories like this is simply to thank God for the way in which his image is found in all of his image-bearers, whatever their dispositions, whatever their background, however their needs and longings find expression in their cultural context.  The fact that people can be happy and morally upright without ever having heard the gospel doesn’t really constitute an argument against God, in my view.  It is simply an affirmation of how pervasive God’s grace is and how far it extends.

But the lack of guilt is an interesting phenomenon.  “I once was blind, but now I see.”  This is a well-rehearsed narrative in Christian circles.  It connotes a dramatic “seeing the light” moment like that of Saul of Tarsus on the road to Damascus.  But I wonder if sometimes the seeing is of a more gradual nature.  Sometimes we only very slowly come to ask the right questions and accept the right answers.  Sometimes it takes time to embrace or even consider the possibility that there might be something important about something like guilt—that it might tell some important truth about us and about the world, a truth that we may previously not even have considered.  Perhaps the existence of a guilt-free culture ought not to be so enthusiastically embraced.  As I mentioned in the post linked to above, perhaps the absence of guilt is simply evidence that we aren’t looking at our world or ourselves clearly enough.

Finally, I’ve been thinking a lot recently about the challenges presented to inhabitants of the digital age.  Specifically, I’ve been cringing at the thought that my kids are growing up in a world where one of the default assumptions seems to be that human lives are little more than a long stream of disconnected public events to be broadcast online to anyone and everyone who cares to look in.  I worry about what kinds of people our cultural habits and assumptions will produce.  I worry that we are becoming a people who are increasingly in love with the sound of our own voices and the reflection of our own images in the (online) mirror – that we are growing incapable of higher or better loves.

In this context, I think we are in more desperate need than ever of heeding Jesus’ words (Matthew 6 and elsewhere) about the importance of not doing our deeds to be seen before others—of cultivating a private righteousness in a hyper-public world.  To paraphrase, “Don’t pray or fast or give or serve or do anything just to be noticed.  If being seen/admired/praised is what you are after, then that is what you will get.  But that is all you will get.  You will have your reward, and a meagre and fleeting one it is and will be.”

Could any of Jesus’ words be more relevant in our culture than these?  We who don’t seem capable of allowing the contents of our breakfast or our impressions of the latest pop culture phenomenon much less our many and varied virtues and experiences and thoughts pass by without documenting them online—yes, we urgently need to embrace the wisdom of Jesus’ teachings here.  We are becoming experts at settling for our paltry rewards.  We are in dire need of having our gazes lifted to better and more lasting ways of inhabiting our world.