Riding with Richard in the Land of Atheist Devotion 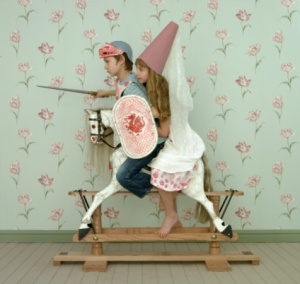 It’s Ash Wednesday, a day for sober reflection on, among other things, what it is to be a human being. And what better person to usher us into a conversation on this weighty and important matter than… Richard Dawkins. Wait, what? Richard Dawkins? As in the crusading evangelist for atheism? As in that famous biologist who holds any and all religious beliefs in utter contempt and never allows an opportunity to heap scorn upon supernatural belief to pass him by? As in the self-proclaimed champion of all things rational and scientific? That Richard Dawkins. Yes, that one.

According to Krish Kandiah, the Richard Dawkins Foundation for Reason and Science recently posted the image below on their Facebook page. 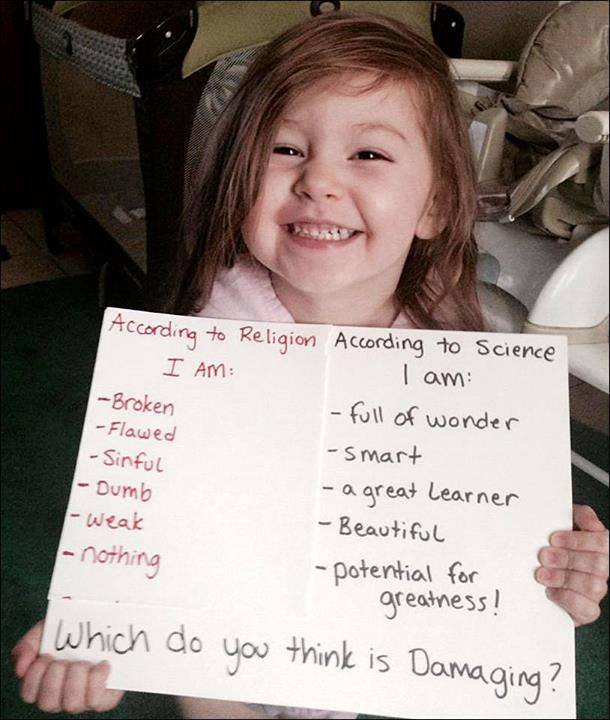 The photo isn’t terribly surprising to anyone who has observed Richard Dawkins’ trajectory over the past decade or so. Dawkins lives in an interesting and exotic land. It is a land where white knights in lab coats ride virtuously around the land bravely vanquishing the foes of darkness and religion (which are basically synonymous), spreading the gospel of science to the benighted masses who, once shown the crystalline delights of reason, gulp deep grateful draughts of Dawkins’s wisdom and clarity, overjoyed to have been liberated from the shackles of dogmatism and willful irrationality. Richard Dawkins would very much like for you to come live with him in this land, and to saddle up and join him on his heroic quest. But let’s take just a brief look at the landscape evoked by the photo above before we march off to battle, shall we? What do we see?

Well, what we see is not very pretty, truth be told. Anyone blessed with more than even a passing acquaintance with science or religion will recognize that the message in the photo is, to put things more politely than is probably warranted, utter nonsense (to say nothing of the shamefulness of using a small child to promote such woeful caricatures). We are used to Dawkins’s deliberate ignorance and misconstrual of religion by this point, not to mention the vitriol that usually accompanies it. He has certainly made a great deal of hay skewering religion over the last decade or so. But Dawkins seems to have outdone himself with this photo. He seems actually to have combined a laughable ignorance of both religion and science at the same time.

Let’s begin our tour of what science “tells” us in Dawkins-land. According to science, we are “full of wonder.” Um, no, no science doesn’t tell us this. Wonder is not a scientific category. Science observes that humans are complex beings with marvelously adapted capacities for a wide variety of behaviours. But it does not tell us that we are full of wonder or that we are inherently wonder-ful or that we should feel wonder or anything of the sort. “Wonder” is a thoroughly non-scientific, emotional, aesthetic, and human response to the picture that science plays a part in showing us. Strike one.

Science tells us that we are “smart.” Hmm. All of us? What about those who can’t understand science? What about—gasp!—religious people who are so obviously stupid and worthy of the contempt of freethinkers everywhere? And how would science go about telling us that we were smart, anyway? Even if we were to grant that science could communicate thus, would not the only conclusion available to us be that science tells us that we are adaptively successful? The overall picture of the world that Dawkins never tires of advocating insists that nature “cares” about only one thing: genetic survival. Not smartness. Strike two.

According to science, we are “great learners.” Sigh. See preceding paragraph. Strike three. But let’s keep playing, just for fun. How about we combine the last two, for the sake of brevity?

According to science we are “beautiful” and have “potential for greatness.” Yet again, these are not scientific categories and are not the kind of things that science could ever observe or discover, much less prove. These are profoundly subjective and evaluative judgments that we bring to the data science provides—judgments that are borne out of moral and metaphysical commitments that are embraced and assumed before we ever don our virtuous white lab coats and ride off to conquer ignorance and superstition.

It is here that Prof. Dawkins is most wildly inconsistent. On the one hand, he has insisted loudly and frequently to anyone who will listen that, at rock bottom, our universe is characterized by nothing more or less than “blind, pitiless indifference” to human concerns. There is no objective meaning or purpose to be found. Anywhere. Yet, on the other hand, the zeal that characterizes Dawkins’s moral, metaphysical, and aesthetic judgments—judgments that he expects, I assume, the rest of us to embrace as objectively true, judgments that reflect more than his own private preferences—is often truly breathtaking. The fit is, shall we say, a little off.

At the end of the day, what Dawkins has done with this charming little photo is take a bunch of things that he really likes and that really, really matter to him and rather arbitrarily claimed that they are the result of science. “Science,” for Dawkins, seems to mean something like “the narrative that I embrace to give my life meaning and purpose and to validate the things that I most cherish.” It matters not, apparently, that science is not, and never could be up to the challenge of providing the things that Dawkins so desperately wishes that it could.

(For a more coherent alternative to the chart being held by the unfortunate little girl in the photo, see the image closer to the bottom of Kandiah’s post.)

There is, in my opinion, no one better (or more fun to read!) than David Bentley Hart on the nature of current atheistic materialism. This quote from The Experience of God summarizes what seems to really be going on behind all of the bluster and bravado of many modern expressions of popular atheism: 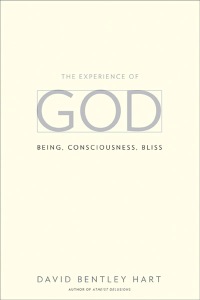 Materialism is a conviction based not upon evidence or logic but upon what Carl Sagan (speaking of another kind of faith) called a “deep-seated need to believe.”  Considered purely as a rational philosophy, it has little to recommend it; but as an emotional sedative, what Czeslaw Milosz liked to call the opiate of unbelief, it offers a refuge from so many elaborate perplexities, so many arduous spiritual exertions, so many trying intellectual and moral problems, so many exhausting expressions of hope or fear, charity or remorse. In this sense, it should be classified as one of those religions of consolation whose purpose is not to engage the mind or will with the mysteries of being but merely to provide a palliative for existential grievances and private disappointments. Popular atheism is not a philosophy but a therapy.

Perhaps, then, it should not be condemned for its philosophical deficiencies, or even treated as an intellectual posture of any kind, but recognized as a form of simple devotion, all the more endearing for its mixture of tender awkwardness and charming pomposity. Even the stridency, bigotry, childishness, and ignorance with which the current atheist vogue typically expresses itself should perhaps be excused as not more than an effervescence of primitive fervor on the part of those who, finding themselves poised on a precipice overlooking the abyss of ultimate absurdity, have made a madly valiant leap of faith.

From: Apologetics, Atheism, Ethics, Faith, Religion, Science
← Hope is a Condition of Your Soul
Expectations →
12 Comments Post a comment