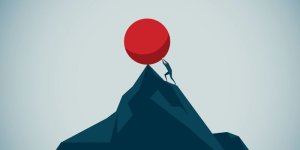 I spent last weekend in Vancouver, BC where my wife was running a half marathon. She inexplicably enjoys running long distances on purpose and I enjoy drinking coffee and reading in between seeing her off and waiting for her at the finish line, so it’s a decent enough arrangement. Last weekend, however, things took an unexpected turn. Just under two miles in, she had a fall and landed hard on her shoulder. The pain, she said, was excruciating. No doubt. So, she naturally did what most normal people would do in such a situation, which is to say, she ran eleven miles with a grade three separation of her shoulder. Err…

Actually, what most normal people would do with a grade three separation is, well, stop running and get themselves to a hospital for x-rays and a sling. Which we did, in due course, but only after the race was run and the coveted medal obtained. My wife is a rather resilient woman, not to mention tough, stubborn, and a little cavalier. The people in the medic tent were all more than a little incredulous that she had injured her shoulder roughly two hours before said shoulder was presented for their inspection. I would have required little convincing that a grade three shoulder separation meant that there would be no more running for me that day. Come to think of it, I wouldn’t even require an injury to come to that conclusion—I need a ball to chase in order to stomach the idea of running at the best of times. But my wife is made of stronger stuff.

What makes some people resilient like this when most people would simply (and quite understandably) quit? Parenting? Life experience? Are they hardwired that way? Is resilience a muscle that you can develop with practice? All of the above? 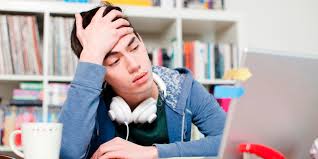 Yesterday, my son was filling out a new students’ survey for the college he’ll begin attending in a few weeks. There were a hundred or so questions designed to give the powers-that-be a decent sense of the profile of student they’d be welcoming. About ten minutes and fifty questions in, my son said something to the effect of, “You know, I think they’ve asked me a version of this question like six times by now!” The question was, “How well are you able to deal with people who have a different opinion than you about important issues?”

I looked back at the questions he had been answering. Sure enough, he was right. If anything, six was a conservative number. It seemed like every third question was designed to inquire about incoming students’ resilience (or lack thereof). Are you able to disagree agreeably? Can you tolerate your views being challenged? Are you going to dissolve into a puddle of tears and/or righteous indignation when you find out that you won’t always be affirmed or praised for what you think or hold to be self-evidently true?

(That last one may have been my paraphrase.)

As it happens, my son had just returned from a six-week indigenous military camp in Northern Alberta (yes, I know the optics of a Mennonite pastor with a son in the military are problematic… that will have to be a post for another time. Or not). It was, by the sounds of it, a rather rigid experience. Nobody in the military much cares what you think or whether or not you can deal with difference agreeably. Your job is to shut up and fall in line (or be mercilessly screamed at and belittled). If you can’t (or won’t) hack it, you can go home. Whatever else one might say about the military’s methods (and I have a few thoughts on this, to be sure) it certainly cultivates a form of resilience. Not many people would willingly sign up for six weeks of sleep deprivation, demanding physical training, unyielding discipline and verbal abuse. You have to be strong to get through that.

I wondered about the metaphorical whiplash my son must have been experiencing as he filled out that college survey. To go from a context where nobody really cares about your views or how you hold them to a context where an institution is willing to devote one out of every six questions to gauging the potential fragility of your opinions and the emotional temperature that accompanies them? 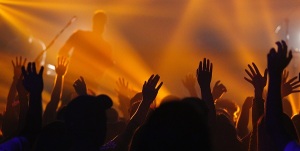 Christian celebrity deconversions have been in the news lately. First, it was Josh Harris’s announcement that he was walking away from Christian faith and his marriage (on Instagram, naturally). Apparently, Harris wrote a book about purity culture back in the day that made a generation of evangelical young people even more anxious about sex (avoiding it, to be precise) than they might ordinarily have been. A few years ago, Harris repudiated the message of his earlier book. Now, he’s on to Christianity itself, it seems.

Then it was Marty Sampson, an Australian “worship leader” of Hillsong fame (I use quotation marks for the preceding because I am not a fan of reducing the words “worship” and “leader” to pop bands leading lengthy singalongs in arena-style contexts. Christian worship is a rather broader and more robust endeavour than that, thanks be to God). Again, the announcement came via Instagram. Sampson evidently discovered that there were some problems with Christian faith:

One wonders where to begin. One might question the wisdom of using Instagram for announcements about things as important as leaving behind faith and marriage. One might gently suggest that a broader reading and exposure to the Christian tradition are in order. Perhaps nobody is talking about these issues in the more enthusiastic corners of evangelical-land, but Sampson might be interested to know that a few Christians over the years have actually devoted a line or two to questions of miracles, biblical hermeneutics, eschatology, and the problem of evil.

But I found myself simply wondering about whether or not we are doing a good job of cultivating spiritual resilience in the church these days. I have not read any of Harris’s books and I had never heard of Marty Sampson until he started showing up on my Facebook feed. I don’t know anything about either of their personal journeys or the no doubt very real anguish that they might have experienced along the way. But from what I have been able to glean of their reasons for deconversion, these seem like they could only have shaken a faith that was pretty thin to begin with. It’s hard for me to understand how you can arrive at your third or fourth decade on the planet and only now begin to wrestle with these things.

What does it mean to nurture a faith that can expand and negotiate complexity and perhaps leave some unhelpful things behind without throwing the whole thing out? How can one’s spiritual muscles be strengthened on the things that matter most, the centre of Christian belief and action, while being able to hold things on the periphery more loosely?

I’ve gone on too long. But I’ve been pondering a passage from Romans this afternoon:

And not only that, but we also boast in our sufferings, knowing that suffering produces endurance, and endurance produces character, and character produces hope, and hope does not disappoint us, because God’s love has been poured into our hearts through the Holy Spirit that has been given to us. 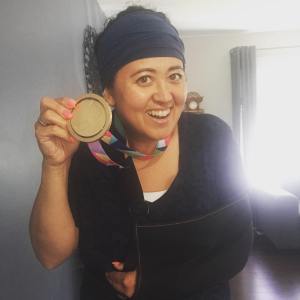 This idea of a straight line between suffering to hope by way of character sounds like a weird (and probably offensive) anachronism in our context. We are inclined to think of suffering as bad, full stop. I certainly am. Last Saturday, my advice to my wife when she texted me that her shoulder hurt and she was thinking she might not be able to make it was a rather uninspiring, “Oh man, that sucks, you should quit.” But she didn’t. She wanted that medal and was willing to run with one arm for eleven miles to get it! And she probably learned something important about herself and what she was capable of along the way.

I wonder if we do people a disservice when we expect too little of them, whether it’s in finishing a race or entering a college or navigating the ups and downs of faith. If we say, “this is hard, so we’ll just quit or accommodate” instead of “this is hard, now stand up and let’s keep going!” then we might just be training people to be more fragile than they actually are. There may be forms of strength, character, resilience and hope that go undiscovered simply because we give up to easily.

This last image is, of course, of my wife, celebrating the spoils of victory a day after her race was stubbornly run.