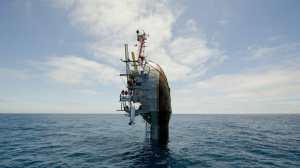 Last week marked an anniversary of sorts, at least in the life of many churches. It’s been one year since the pandemic closed our doors, drove us online, kicked into motion myriad restrictions for eventual physical gatherings, etc. It’s obviously been a long and difficult year for many, and for a wide variety of reasons.

It will not come as a surprise to anyone that the government’s response to the pandemic (local, provincial, federal) has been and continued to be a source of disagreement and division. I confess that even a year into this thing, I often have no idea what to think. Here in our city, active cases are exploding and are the highest they have been since the pandemic began. But the mood doesn’t seem to match the reality. People are getting vaccinated, the weather is spring-like, and it feels like there’s a bit more optimism in the air. Or not. I suppose, as always, it depends on who you ask and what you read. One can always find voices insisting that we need more or less restrictions, more or less vigilance, more or less alarmism. It is never difficult to find evidence for the perspective that you are convinced of.

This is why I often pay a bit closer attention to unexpected stories from unexpected sources. In the past week or so, I’ve encountered three articles from prominent left-leaning media outlets directing at least somewhat complimentary attention to the state of Florida’s “business as usual” response to the pandemic. First it was The New York Times on Saturday with an article exploring why some say they’d “rather be in Florida.” Then CNN, with its piece on the Florida’s booming economy yesterday. And then there was today’s Globe and Mail which ran a piece with the spicy headline, “On COVID-19, Florida’s Gov. Ron DeSantis forces liberal elites to eat crow.” All three articles asked tough and important questions about Florida’s pandemic reality. All three were quick to point out that Florida has lost many lives. These were not uncritical cheerleading pieces.

But all three also acknowledged that Florida was in the bottom half of US states in infection and death rates and that they had achieved this while keeping the economy humming along (relatively speaking) and imposing few of the restrictions that other states did (interestingly, California’s COVID numbers aren’t much different than Florida’s despite locking down in draconian fashion by comparison). All in all, average or slightly below average COVID rates alongside relatively normal social and economic life—particularly in a state with an older population than many others—sorta sounds pretty good to most of us a year into this thing.

What’s interesting to me, again, is that these are not the kinds of articles that you would expect from The New York Times, CNN, and The Globe and Mail. Fox News, maybe. But not these respectable sources! I think it’s fair to say that all three media outlets are not particularly disposed to offering anything resembling flattery to a Republican state and a Trump-supporting governor. I think it’s also fair to say that all three have a fair amount of sunk costs in the “more COVID restrictions are better” narrative. The story of Florida a year into the pandemic is a bit of an awkward one for government leaders and decision makers and media outlets who are heavily invested in the kinds of stories whereby Florida should be a COVID wasteland by now. I am intrigued by stories that don’t slide into convenient pre-existing narratives.

Speaking of “sunk costs,” though… We all have them. We all have a view of the world or an image of ourselves or a curated identity for social media that we’ve invested a lot in and which we are highly motivated not to relinquish. We all screen out inconvenient data in order to preserve a moral or intellectual universe that we have come to find, if not comprehensively compelling, then at least habitable.

In his book, 21 Lessons for the 21st Century, Yuval Noah Harari describes this human tendency thus:

Most stories are held together by the weight of their roof rather than the strength of their foundations.

The example he uses is Christianity. It has pretty flimsy foundations, Harari argues—who could ever prove that the Creator of the universe came to inhabit a human body?—but an awful lot has been built on top of it. Global institutions, intellectual edifices, moral frameworks, among other things, have been built on top of this “flimsy foundation” and the weight of these things press down with “such overwhelming force that they keep the story in place.” Whether it’s the Christian religion or the cultures that have sprung from it, we have too much invested by now to admit that the foundation could be suspect. And what is true of cultures and religions is obviously true of individual people. I suspect many people’s view of their own faith is similar to this. “I have too many sunk costs to re-evaluate anything now. I’ve given decades to this.

Now, I do not share Harari’s assessment of the foundations of Christianity. I think it’s rather more solid than he gives it credit for. Indeed, I think that huge swaths of Harari’s overall project of laying out a vision for the twenty-first century would not get off the ground without something like a Christian moral framework in the background. I think he disregards the existential and emotional dimensions of Christian faith almost entirely. But then, I would say that wouldn’t I? I have a lot of sunk costs in Christian faith.

At any rate, I do largely agree with Harari’s assessment of human psychology. He sums the matter up like this:

Once personal identities and entire social systems are built on top of a story, it becomes unthinkable to doubt it, not because of the evidence supporting it, but because its collapse will trigger a personal and social cataclysm.

But this is who we are. We long for the truth even if our ability to grasp it is profoundly limited and coloured by self-interest. We cling to what we’ve already decided even when inconvenient data comes to light. Sometimes this is good and admirable, sometimes it’s not. It’s a bit of a mess, frankly. It’s hard to sort out when we should cling and when we should let go. It’s hard to know when to hold the line and when to bail. Perhaps one unremarkable conclusion to draw from all of this is that we could all do with a bit more humility. And that we could all be a little less eager to cast stones.