The Kind of World God Has Made 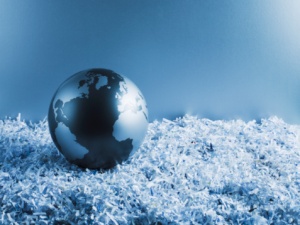 I had to take a short road trip today so, armed with coffee and an iPod well-stocked with podcasts and sermons, I ventured out on a brisk December prairie morning. Given its close proximity to the shootings in Connecticut on Friday, I knew that last Sunday many pastors and preachers would have been wrestling with issues around the problem of evil and suffering. I was curious to hear how others approached it—both from a homiletical as well as a theological perspective.

I was encouraged to hear a lot of space opened up for simply grieving and not knowing, not needing to explain how God was or was not involved in the murder of  children. But there was one sermon in particular that had me scratching my head. The preacher went on and on about human freedom, about how we couldn’t pin Connecticut on God. God had set things up in a certain way, he said, and he there was nothing he could do. He couldn’t just take over the free will of a human being, no matter how crazed and demonic their intentions. Freedom wouldn’t allow it. “It’s just the kind of world God has made.”

Now I am a big believer in human freedom. Really. I recognize that the issue of human freedom is a complex one, that we’re not sure how freely we really choose anything, given the innumerable sociobiological factors that go into any human life. And I know that there’s the question of mental illness and the role this plays in human evil. I realize that freedom is complicated. But I do think that freedom is real, that it is meaningful, and that it is, in some way mysterious way, part of the story of why evil exists in the first place.

But I get nervous when I hear language about what God can and cannot do. And I get especially uneasy when I hear evil and suffering being “explained” as the inevitable result of certain moral, existential, or metaphysical constants. Or of God’s apparent activity or inactivity being described as obeying certain non-negotiable laws—even if they are his own laws.

What made this whole understanding of freedom/God/evil even more troublesome, from my perspective, was that the pastor seemed, on a number of occasions, to violate his own conception of the laws of freedom that God supposedly could not violate. Prior to his sermon, he prayed that God would “infuse” his words with “anointing and power” (overriding the un-anointed words he had freely written?). He prayed that those listening via podcast would be blessed and perhaps motivated to donate money to his church (what if I don’t freely want to donate?). He prayed that God would focus people’s hearts and minds in an “unusual” way so that they could pay attention to what he evidently felt was a very important sermon (thus trampling over their freedom to lethargically drift around on their iPhones during the sermon?). He prayed for all kinds of things that seemed, at least to me, to require the violation of human freedom.

We need to be consistent. If we can’t expect God to intervene in the scrambled neurons of a psychopath to prevent the slaughter of children then, well, we can’t expect God to intervene in the hearts and minds of pew-dwellers on Sunday morning, whether to make them uniquely focused or receptive or whatever. If God can’t fiddle with our brains to prevent evil, neither can he fiddle to pave the way for goodness and truth. If God can’t do anything to prevent human beings freely choosing evil here and now then he can’t do anything to persuade them to choose life and truth and beauty either. Human freedom trumps divine will, apparently. It’s just the kind of world God has made.

Of course, I’m not suggesting that we stop praying. Not at all. I’m just pleading for more consistency in how we use our language around God, prayer, freedom, and evil. I don’t think that God is bound to accommodate to the dictates of human freedom. The very claim that God will usher in a new heaven and earth in the future would seem to demand that God will, one day, once and for all, get what God wants, whatever human beings might freely prefer. And, leaving the future aside, I want God to intervene more frequently now, whatever that looks like. I want God to restrain evil more than he does. And, for that matter, I would be pretty content if he overrode my freedom a little more frequently to bring about what is good or at least what would be better for me. I love freedom and I think it is vitally important, but I love goodness, truth, and beauty—to whatever extent I can appreciate these—more.

So I will continue to pray that God steps in to the mess. I will unapologetically pray for things that require the violation of human freedom. I will continue to plead with this God whose ways I often understand very poorly, who has made a kind of world that is variously a source of wonder, delight, rage, confusion and terror to me, to ameliorate the terrors caused by human freedom. I will pray to this God who has made a very strange world indeed, and whose mode of interacting with it is bewildering and comforting and inspiring, guided by the conviction that whatever God is doing with this world, and however he is doing it, there is goodness and truth at the end of the story.

From: Culture, Current Events, Doubt, Eschatology, Ethics, Faith, Hope, Jesus, Peace, Prayer, The Problem of Evil, Theology
← How God Deals with Rejection
I’m Not Ready for Christmas →
No comments yet