How God Deals with Rejection 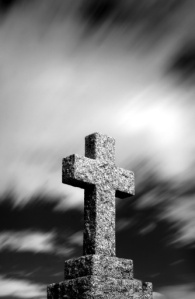 The world of social media has been all abuzz today with Mike Huckabee’s weekend response to the “Where was God in Connecticut?” question. Huckabee’s “answer” is as familiar as the question to which it responds, and has been sombrely rehearsed by American evangelical types frequently over the past few decades when it comes to these kinds of tragedies. You know it well, don’t you? It goes something like this: “Well, why should we expect God to show up when we have spent the last fifty years systematically removing him from our [insert public institution—usually schools].” Simply put: “Where was God? Well, we kicked him out!”

To suggest that this argument is a little theologically naïve (among other things) is an understatement to put it mildly. Rachel Held Evans has done an excellent job of skewering the idea that we could “keep God out” of anything—as if God needs the assent of American (or any other human) culture to “show up,” as if the only thing preventing God from allowing the unleashing of murderous terror upon little children under normal conditions (i.e., conditions in which God is being correctly acknowledged in public) is the correct calibration of school prayers and Ten Commandments displays and “Merry Christmases” (not “Happy Holidays”) and whatever other practically meaningless display of faux public religiosity is currently deemed the litmus test for making America a “Christian nation.” While it is surely folly to demand an account of God’s providence only when horrific, inexplicable things happen and not to bother to wonder if God might have any influence or interest in the rest of life, the suggestion that what happened on Friday was because Americans had “kicked God out” of their nation strikes me as a ridiculously simplistic response to an event that is surely the result of a whole host of complex, tragic, and interrelated factors.

(As an aside, one is never quite sure if the deliverers of this message are more annoyed about God’s lack of public acknowledgment/influence or their own.)

I’ve been thinking a lot over the last few days about Jesus weeping over the city of Jerusalem because it refused to accept him as the path to peace (Luke 19:41-44). It’s interesting to think about this scene in connection with the avalanche of predictable rhetoric that tries to pin this or that instance of evil and suffering on our failure to love/honour/obey/publicly acknowledge God correctly. If Mike Huckabee is to be believed, human rejection of God leads to God (grudgingly?) receding from the scene and allowing atrocities that would not have occurred if his people had accepted him, as they ought to have. But do we see this with Jesus?

Do we see Jesus abandoning Jerusalem because it had failed to accept him as its rightful (if highly unusual) king? Do we see Jesus turning his back on the city and saying, in effect, “All right then, if you don’t want anything to do with me and my kingdom, well then you all can go to hell?” Do we see Jesus demanding to be acknowledged correctly in the public sphere as the guarantor of civic peace?

In Jesus, we see that God doesn’t work like Mike Huckabee and others seem to think he does. We see that God is not a vending machine where if we put the right amount of change in (public prayer, appropriate Christmas lingo, etc.) we get the right stuff back (an America free of school killings?). In Jesus we see that God cannot be reduced to anything like a law or some kind of cosmic moral calculus that rewards and punishes human behaviour in a uniform and predictable way, much as we might genuinely wish things worked this way. The career of Jesus does not explain what happened in Connecticut last Friday. But Jesus’ way of being “God with us” ought at least to give us pause before making the kinds of pronouncements about how God deals with being “kicked out of America” that have overloaded the Internet over the last few days.

Where was God in Connecticut last Friday? I have no idea. Who can say where God is when bad things happen without descending into either trite cliché or hurtful offense? But if nothing else, I do have a pretty good idea about what happens when people reject God. Jesus shows us this quite clearly. What happens when human beings reject God is that God suffers and dies and gives himself away to and for those who reject him.

From: Current Events, Death, Doubt, Faith, Forgiveness, Gospel, Grace, Hope, Jesus, The Problem of Evil, Theology
← Unblind Our Eyes
The Kind of World God Has Made →
58 Comments Post a comment