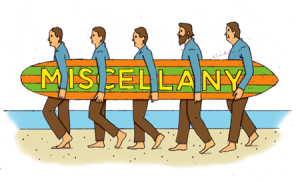 I spent last night at Tuesday L’Arche prayer night. It was a celebratory night in honour of a new leader taking over here in the Lethbridge community, so there was lots of food and laughter, singing and smiles. I don’t get out to these prayer nights nearly as often as I would like to, but whenever I do, I am struck in a new way by the simple profundity of this community of people of all kinds of abilities who are committed to living together, sharing life and love, participating in the good news of the gospel of peace and hope.

Last night there was a dramatic reenactment of the story of Jesus walking on water in Matthew 14:22-33. The fearful disciples were paddling feverishly when Jesus (one of the female core members from one of the L’Arche houses) approached. In the reenactment last night, Jesus just stood on the water and giggled for the longest time. The disciples just looked at Jesus, waiting, wondering what would come next. Then Jesus began to say, over and over again, “Do not be afraid… do not be afraid… do not be afraid…” I think Jesus was supposed to command the disciples to get out of the boat and talk about faith and doubt, but he (she) just kept repeating, a huge smile on her face, “Do not be afraid…” Eventually, the disciples just hopped out of the boat and went to be where Jesus was, giggling, smiling, his words echoing in their ears: Do not be afraid…

It was, for me, a holy moment. How desperately we, who are beset by so many fears need to see Jesus coming to us on the storm, smiling, inviting us to trust, to not be afraid. How desperately we who are so confident in our abilities, yet so prone to doubt and sorrow, need this giggling Jesus to show us who we are and whose we are.

After this, we sang a few songs…

And now, let the weak say I am strong… Let the poor say I am rich… Because of what the Lord has done for us…

Do not be afraid. 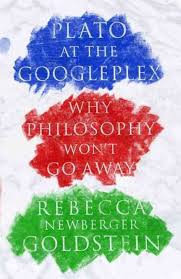 On the way home, I listened to a podcast interview with philosopher Rebecca Newberger Goldstein, who was talking about her new book, Plato at the Googleplex. Hers was an interesting, if familiar, story.  A bright, inquisitive child raised in an oppressively religious household (Orthodox Judaism, in this case), gradually sheds the shackles of dogma and ritual and runs gratefully to the light of rational secular thought. A conversion from religion to philosophy.

At one point, after a long discussion of the merits of rational inquiry, openness, tolerance, and the willingness to change one’s mind, Newberger Goldstein was asked if she had changed her mind about an important issue lately. There was a bit of an awkward pause. Then she began to talk about how there was a time when she maybe, kinda, sorta, almost thought about entertaining the possibility that we might survive our bodies, that what we think of as “identity” might not be exclusively a function of brain states, that we might, in some sense, exist beyond the grave.

But then, of course, she realized that this was absurd. Because there is no evidence for this. When we die, we die. Anyone can see that it’s only a fear of death that drives us to construct all of our elaborate metaphysical castles in the sky. But Newberger Goldstein almost believed it, once upon a time. Or, at least she almost thought about believing it. Until she thought about it rationally.

I thought back to the supper table at L’Arche a few hours earlier. I sat with an older gentleman who kept hitting his head against the table and a grade twelve student who was confined to a wheelchair, who struggled to speak, but who couldn’t stop smiling at me. I know that those who live with disabilities rightly resist the idea that they are “broken” people.  I know that their identities are profoundly and wonderfully and redemptively shaped by their physical bodies and brains (as is the case with all of us). But I wondered what these lovely people would say about the idea that we are our bodies and our brains, and that there is no hope beyond them? I wondered what they would say to Ms. Newberger Goldstein and her rational conclusions about what is and is not possible in the world.

I thought about the words of Jesus, the words of the apostle Paul, about the gospel being foolish to those who are wise… about how the Father was pleased to hide the wisdom of the gospel from the those convinced of their own superior intellects and rational capacities… I thought about what Jesus said about the least and the little and about who really understands what’s going on in the world….

This morning I read an article about the multiverse theory over at Nature. It was early and the coffee was still brewing, so I probably only understood about 20% of what I read, but I was struck by the title of the article: “Big Bang blunder bursts the multiverse bubble.” Apparently scientists misread/misinterpreted the existence/appearance of gravitational waves.  Apparently, “serious flaws in the analysis have been revealed that transform the sure detection into no detection.” To the extent that I understand things, what they thought was sure evidence of an inflationary cosmology, with multiple universes springing hourglass-like in and out of existence over vast swaths of cosmic time, turned out to, well, not be evidence at all.

But faith, er, I mean rational theorizing, does not give up so easily.  In response to the persistent belief of some scientists that the multiverse theory is still valid, even without the evidence they had previously hung their hats on, the author of the article says this:

The answer given by proponents is alarming: the inflationary paradigm is so flexible that it is immune to experimental and observational tests. First, inflation is driven by a hypothetical scalar field, the inflaton, which has properties that can be adjusted to produce effectively any outcome. Second, inflation does not end with a universe with uniform properties, but almost inevitably leads to a multiverse with an infinite number of bubbles, in which the cosmic and physical properties vary from bubble to bubble. The part of the multiverse that we observe corresponds to a piece of just one such bubble. Scanning over all possible bubbles in the multi­verse, every­thing that can physically happen does happen an infinite number of times. No experiment can rule out a theory that allows for all possible outcomes. Hence, the paradigm of inflation is unfalsifiable.

So, everything that can happen, does happen. Sounds like a pretty flexible—convenient, even!—theory to me. We can’t observe multiple universes of course, and we never will. And there is no evidence, no experiment, no anything that could ever be taken to disprove (or prove) the theory that an infinite number of invisible universes is the best explanation for the existence of the one we happen to inhabit, replete with mountains and rivers and quarks and gravitational waves and leopards and mosquitoes and bipeds with oversized frontal lobes who just can’t stop wondering about the meaning of it all.

I thought of Hamlet’s famous response the skeptical Horatio, at the sight of his father’s ghost:

There are more things in heaven and earth, Horatio,
Than are dreamt of in your philosophy.

Yes, there certainly are.  Things like multiple universes… And walking on water… And life after death…

And a giggling, middle aged, female Jesus, saying, “Do not be afraid.”