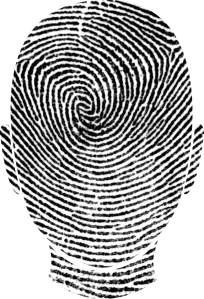 A bit of controversy around the celebrated author Joseph Boyden has been dominating headlines up here in Canada over the last little while. Boyden, whose books include Through Black Spruce, Three Day Road, and the Orenda, has become something of an indigenous celebrity in recent years. His novels draw from indigenous history (The Orenda, for example, was based on the interactions between the Iroquois and the French Jesuits in the seventeenth century). He has also been an enthusiastic advocate for indigenous self-determination, even serving last year as a honourary witness at the closing event of Canada’s Truth and Reconciliation Commission.

The problem is that, well, Boyden seems not to be quite as indigenous as some thought he was. Or as he ought to be, to assume the public mantle he has. Or as he presented himself. Or something. His genetic ancestry is mixed—Scottish, Irish, Metis—and it’s not clear how much indigenous blood he has in him. He has apparently presented his ethnicity in different ways at different times. To put it bluntly (and probably unforgivably insensitively), people aren’t really sure how Indian this Indian is.

Which raises some obvious, if troubling questions: Who gets to decide these things? Does the legitimacy of one’s indigenous self-identification rely on genetics alone or ideological solidarity (and solidarity with which parts of the indigenous community?)? Or both? Is there some kind of minimum amount of indigenous blood necessary to get to claim the identity (i.e., the “blood quantum” laws that some nations rely on to determine whether one has indigenous “status” or not)? Is one’s indigenous status a subjective and personal matter or an objective and publicly disputable claim?

These are questions that I have a personal interest in. My  fifteen year old twins are Ojibway and Metis. So, by crude mathematical reckoning, they are 75% indigenous. They have treaty status before the law. And yet, at this stage, their interest in their indigenous heritage is somewhat muted. This may change at some point in the future. Indeed, I hope it will. But if you asked them to self-identify right now, “indigenous” would likely not be a marker that would float to the top of the pile. They might identify as “student” or “Christian” or “human being” or “swimmer” or “football player” or “musician” or “artist” or any number of other things long before they landed on their genetic identity. Does this make them less indigenous than, say, Joseph Boyden, who so obviously and eagerly embraces this identity marker, even though their genetic claim would be far stronger? Interesting questions, these…

And they point to bigger and broader questions of how we understand and employ markers of identity in the twenty-first century. We seem to have a conflicted relationship with identity at this point in the human story. On the one hand, we want to obliterate difference. So many of our identity markers carry with them the stench of hierarchy, after all—the long historical trail of patriarchy, sexism, colonialism, racism, classism, and countless other pernicious “isms.” We understandably and justifiably want to level the playing field and so we assert that there is no inherent difference between so many of these identity markers that at one time were thought to be fixed and restrictively determinative.

When I was a kid, I would have given anything to be something other than a boring, white Christian. I was slightly embarrassed by my Mennonite-ness. I didn’t really get all the weird jokes about how we were all somehow related (and wasn’t sure I wanted to), I wasn’t particularly fond of all the ethnic trappings, smacking as they did of cultural backwardness. I would have given anything to have a more exciting identity marker! I wished I had brown skin or black hair. And Christian? Well, I was always pretty intrigued by Jesus, but the package he came in did little to fire my young imagination. Like many young people, I was quite eager to become something other than the identities I inherited.

And yet a white Christian I remain. Such a boring category… Or, perhaps not. At least not the “Christian” part. Over time I have come to understand that Christians make a pretty unique and revolutionary claim when it comes to identity. At our best (and I realize that we have often been far from our best), we honour the identities that have been given to us by nature or circumstance and yet we subsume these identities under the primary identity given to us in Christ. We take the best parts of each human tribe and tongue and cultural expression and experience and bless these as among God’s good gifts to humanity. But we don’t make them absolute. We locate all of our identities under the primary identity given to us in Christ.

Christians often point to Galatians 3:26-28 as among the most powerful expressions of this truth:

So in Christ Jesus you are all children of God through faith, for all of you who were baptized into Christ have clothed yourselves with Christ. There is neither Jew nor Gentile, neither slave nor free, nor is there male and female, for you are all one in Christ Jesus.

Those three words—in Christ Jesus—are pretty important. “You are all one” is not a blanket affirmation of all the ways in which human beings self-identify, nor is it an assertion that all identities are morally equivalent (slave vs. free?). It is not saying that human differences are no longer meaningful. It is saying that all of these lesser ways we have of marking ourselves out from one another must now take a secondary role. For those of us who have embraced the way of Jesus, this is who we are.

And lest we imagine that this amounts to little more than arbitrarily plucking one identity marker out from the herd and saying it’s better than all the others, it’s worth pausing on what it actually means to be baptized into Christ. Our identity is cruciform. It is a symbolic dying to self and rising to a life in emulation of One who showed us that what it means to be a human being is to love God and neighbour in the most costly of ways, the One who laid down his life for his friends and his enemies. The One who modelled an utterly unique way of relating to and understanding the other. The One who showed us that true reconciliation does not mean eliminating human differences or exalting them, but redeeming and chastening them all, and pressing them into the service of becoming genuinely human beings.