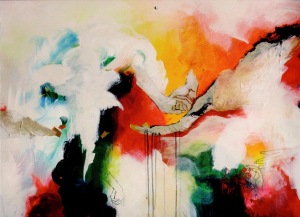 I spent last weekend participating in a church renewal workshop. Perhaps unsurprisingly, I tend to be a little ambivalent when it comes to these kinds of events. Whatever “church renewal” is or might look like, it seems like the sort of thing that resists easy formulas or clever strategies. Also, I hate group exercises. But desperate times call for desperate measures. These are hard times for the church in Canada. The litany is familiar enough by now: shrinking, aging congregations, dwindling budgets, the evacuation of younger generations, the perception of irrelevance (or worse) out there in the broader culture, etc. The wearisome data piles up. Something, clearly, must be done, even if many of us have little idea what that “something” might be (or whether, indeed, it is all the church’s frantic “somethings” that are part of the problem).

All things considered, it was a good weekend. It was important to look reality squarely in the face and to ask important questions about why the church even exists and what we’re supposed to be about. At one point our presenter said something to the effect of, “You know, the data out there suggests that people are desperately longing for three things: Meaning, purpose, and belonging. These are the very things that the church claims to provide.” The implied question, of course, is rather obvious. If people claim to be hungry for what the church claims to be offering, then why is our culture plagued by anxiety, addiction, and loneliness while our churches are empty? The diagnosis and the treatment seem plausible, if not obvious. Why the disconnect?

I’ve been thinking a fair bit about this question over the past few days. It seems to me that there are at least three reasons for the disconnect. First, to put it bluntly, I think that Christianity is a hard sell. Who can tolerate the exclusive claims of Christ in our context of pluralism? Who can believe in miracles in an age of science? Who wants to associate with such an ugly history (leaving aside, for the moment, that all human history has a shadow side to it… and that there’s plenty of ugliness in our present that we seem content to ignore)? People might want meaning, but in my experience it’s mostly on their own terms. They’ll tolerate Christianity if it’s framed as an inspirational top-up to their lives, if God is a kind of smiling motivational speaker who’s eager to help them become all that they can be. But orthodox Christianity is a different thing—a robust, bracing, demanding thing. It tells us to die to ourselves that we might fully live. It teaches not that faith is a means of avoiding suffering but that entering into it is the path to salvation. It demands that we wean ourselves from our attachments to greed, lust, and violence. The meaning and purpose it offers is profound and transformative, but it costs something. It stubbornly unseats us from the throne of our lives, and we’ve never much appreciated this.

Second, in my experience we like the idea of community a good deal more than we like actual community. We know, on a deep and intuitive level, that we have a need to belong. Our mental well-being is tied to this. Loneliness is, almost literally, killing us in the modern West. Addictions and isolation are at crisis levels. We know that we’re no good on our own. But here, again, the community the church offers is demanding. It insists that we make space for the weak and the unattractive, the ridiculed and the rude, the poor and the needy, the smelly and the stumbling, the inconvenient and obnoxious, the crazy and those in crisis. Oh, and we should also be prepared to make room for all of the “well-adjusted” folks, too. It points us beyond social clubs full of like-minded people who happen to occupy the same position on the socio-economic ladder or who share the same politics or who agree on every theological issue (which, if we’re honest, is what most of us actually want). Christian community, at its best (which is to say, its most Christ-like) is a bewildering mixture of redeemed humanity that is somehow knit together, inspired and preserved by the risen Christ. People out there might be hungering for community, but not all are willing to give to and receive from communities like this.

So far, I’ve suggested that “the disconnect” between what people want and what the church offers is at least in part due to the fact that Christianity offers a very specific response to the human need for meaning and belonging. And it’s one that the “customer” isn’t always very interested in. In my view, the church should never apologize for failing to attract people who aren’t open to having their various hungers challenged and reshaped by Christ. If we just keep trying to tweak the message to make it more palatable or trying to engineer social contexts to help people make friends more or less like themselves, we’ll be fighting a losing battle. There are other organizations and contexts that do these things better than we can. And, far more importantly, such efforts are less than what Christ calls us to.

There’s one more reason, though, and this one came through loud and clear at last weekend’s event. People are hungry for God. Even if the hunger is a bit misdirected here or there, even if we don’t always know how to articulate what we’re longing for, I think people genuinely do have a deep desire for the divine, for the transcendent, for a connection with the God who made them and who loves them. If churches offer no space for things like silence, honesty, for expressions of the deep mystery of being human and the shattering beauty of the God who calls us, then people will (rightly) turn away and look elsewhere. If people come to church expecting something of God, and instead get a list of volunteer opportunities or a thin pop-psychology sermon that says little of grace, mercy, love and hope or are scolded for not doing enough to speak out against the popular issues of the day, they will probably sigh and resignedly head off to lunch.

So, the disconnect turns out to have something do with what we want and if/how we might consider wanting differently. It also has something to do with what churches are “selling” and whether those of us who are already “in” are open to actually speaking honestly of and encountering God. For those whose hunger for meaning starts and stops with their own preferences, who are unwilling to consider that they are a sinner saved by grace, who have little interest in loving the unlovely, then the church should probably stay (rightly) unattractive. But for those who come to church desperate for an encounter with the living God and who are instead presented with a political agenda or a checklist of things to do? Well, then may God forgive us and teach us to do better.

The image above is taken from my recently arrived copy of next year’s Christian Seasons Calendar. It’s by Jeanne Krabbendam and is called “Connections.” It speaks to me of the fragile, unpredictable, and ultimately hopeful possibilities for human beings to reach out for one another and for God.

From: Church, Community, Culture, Discipleship, Faith, Jesus, Mennonite Issues, Pastoral Ministry, Pluralism, Spirituality, Suffering
← Welcome to the Jungle
All Peoples Will Mourn Because of Him →
7 Comments Post a comment