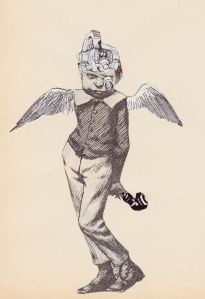 I’ve been reading about dirty words and dirty secrets. Julia Scheeres writes in the New York Times about raising her daughter without the concept of sin. She was raised by fundamentalists and the cloud of sin and the threat of its punishment hovered menacingly over her formative years. There will be none of that for her girl. Moral performance will not be tied to the threat of punishment. She will be taught to resist injustice and inequality because this is the right thing to do, not because some angry imaginary God in the sky demands it. She will go on marches with her parents because of their collective desire to make the world a better place. Scheeres’ is certainly a common enough “I once was blind but now I (and my kids) see” narrative. All well and good, as far as it goes. But how far does it actually go?

Liam Neeson confessed to a very dirty secret this week. Apparently during a dark moment forty years ago, in the aftermath of the rape of a friend of his, Neeson fantasized about killing a random black person:

There were some nights I went out deliberately into black areas in this city looking to be set upon so that I could unleash physical violence. I was trying to show honour, to stand up for my dear friend in this terrible medieval fashion. I’m a fairly intelligent guy – that’s why it shocked me when I came down to Earth after having these terrible feelings. Luckily no violence occurred ever, thanks be to God.”

It’s a pretty terrible thing to confess. But then we can be pretty terrible creatures, can’t we? I have no idea what possessed Neeson to admit to such a thing in the age of the Internet, but I do know that dirty secrets lurk in every human heart—secrets that we would be horrified to ever see the light of day. We all have some pretty primitive, “medieval,” tribal, animalistic instincts that we mostly keep at bay (or channel into our entertainment). Neeson admitted it. Most of us don’t. And now, he will now receive his due punishment for confessing his dirty secret. There will probably be picketing and boycotting of his films. His confession will provide fresh impetus for all manner of virtue-signalling. There might even be a march or two against racism that enlightened parents who don’t believe in sin any more can bring their innocent children to…

I suspect that the howling mob will need a suitably dirty word to condemn Neeson for his dirty secret. A word like “sin,” perhaps? 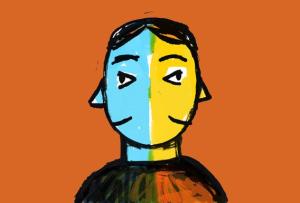 I’ve been reading, against my better judgment, about Gretta Vosper. The atheist United church minister from Toronto who’s been embroiled in a legal battle to keep her position was interviewed recently. The story is absurd in many ways and seems such a wearisome indictment of our cultural moment. I’ve written about it before and have little to add with respect to Vosper’s position.

I was struck by one passage at the end of this interview, though. In response to the question of why she stays in the church, Vosper says this:

I still feel this is my denomination. This is my heritage and to refuse to allow me to participate and continue in ministry felt like a betrayal.

I feel this is my denomination, my heritage. To refuse to allow me to participate felt like a betrayal. The language of individual expressivism saturates Vosper’s protest against her church’s hierarchy. Vosper says that her “theology,” such as it is, simply reflects the way that the United Church trained her in the 1960’s. She may be right about this, I don’t know. I wasn’t trained in a United Church seminary in the 60’s. But the language of her protest certainly reflects the way that our culture trains all of us to think of ourselves in relation to institutions. The institution exists to serve the individual, not the other way around.

Her grievance is intensely personal. What else could it be? 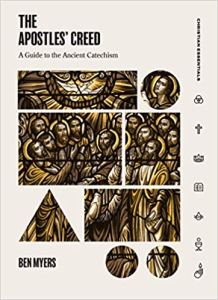 I’ve been reading Benjamin Myers’ delightful little book on the Apostles’ Creed this week. Myers teaches theology, literature, and philosophy in Brisbane, Australia. His Faith and Theology blog was the first theology blog I ever encountered, and I read it faithfully until he shut it down last year. Myers collected and expanded upon a number of his posts in a short book called Salvation in My Pocket which is well worth reading.

In this most recent book, Myers goes through the Apostle’s Creed line by line offering meditations and reflections along the way that make the theology of the creed accessible, engaging, penetrating and insightful. I’ve been loving the book thus far. I particularly appreciated the following part of his preface where Myers explains why he wrote this little book:

Not because anyone needs to be told what to believe but because Christ’s followers have everything they need already…We are not beggars hoping for scraps. We are like people who have inherited a vast estate: we have to study the documents and visit different locations because it’s more than we can take in at a single glance. In the same way, it takes considerable time and effort to begin to comprehend all that we have received in Christ. Theological thinking does not add a single thing to what we have received. The inheritance remains the same whether we grasp its magnitude or not. But the better we grasp it, the happier we are.

So this small book is an invitation to happiness. I have written it with a glad heart, and I hope it will be helpful for others…

And yet even as I read those few words, I find myself longing for such a thing to be true in my own life. To write with a glad heart, even amidst all of the bad news out there in the culture or the church, even amidst the dirty secrets and sins of my own heart. To be happy because of what I have received in Christ.