Vengeance is (Not) Mine 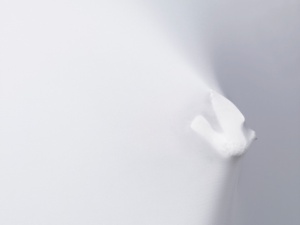 We have a tendency to want to create a God in our own image who we can then emulate.

These were the words of Perry Yoder, professor emeritus of the newly renamed Anabaptist Mennonite Biblical Seminary, at a theological studies conference put on by Mennonite Church Alberta that I have been attending in Calgary over the past few days. We have been talking a lot about how we read the Bible—about the presuppositions that inform our interpretations, about how our various traditions dispose us toward certain possibilities, about what to do about seemingly irreconcilable texts, and myriad other issues around reading and understanding Scripture. Including, as the quote alludes to, the constant temptation to read Scripture with an eye toward the God we expect (or would prefer) to find.

For Mennonites, it can be particularly tempting to find a God characterized mainly (if not exclusively) by love, peace and nonviolence. We are convinced that our task is to imitate Christ, that the way of Christ is the way of loving enemies, resisting force, and promoting peace and reconciliation. Not surprisingly, we have few problems locating and zeroing in on passages in Scripture that reinforce these themes and the prominence we give them in our worldview.

Except, as nearly everyone is well aware, there are other passages in the Bible as well. Passages that, far from reinforcing the themes above, seem to actively contradict them. Difficult passages. Uncomfortable passages. Distasteful, embarrassing passages. Passages we would probably expunge from our Bibles if given the choice. What do we do with these? Ignore them? Pretend they don’t exist? Consign them to the “less important parts of the Bible” file in our brains?

One verse we read today was Romans 12:9 where Paul, quoting Deuteronomy, exhorts his readers to not repay evil for evil. So far so good, for a peace-loving Mennonite. But then, the justification for this instruction: leave room for God’s wrath, for it is written: “it is mine to avenge; I will repay,” says the Lord. Hmm. Not such an obvious fit for Mennonite theology. We are to avoid paying evil back because that is God’s job? But I thought we were supposed to imitate Jesus in his love for enemies and refusal to resort to violence. How can we embrace peace and nonviolence as an expression of God’s character if another expression of God’s character is vengeance?

Needless to say, a lively conversation ensued. We didn’t really solve anything (surprise, surprise!), but I think we at least highlighted something that makes us uncomfortable and which we probably ought to continue to explore and wrestle with. We at least highlighted an area where we are, perhaps, tempted to create a God in our image—in this case, a God who embodies and expresses peace in exactly the way we do (or would like to)—who we can, in turn, emulate.

I continue to process much of what I am reading and hearing these days through the lens of my recent experience in Colombia. As I think about some of the injustices and inequalities that we saw and heard about there—about kids who are abused and neglected, about ordinary people whose hope is snuffed out by the decisions of the powerful few, about the daily hardships that many must suffer through no choice of their own, about the violence that haunts the steps of so many people in Colombia (and around the world), etc—all of a sudden a God who avenges, who makes right, doesn’t seem like such a bad thing. It seems downright hopeful and necessary, in fact.

Another text we spent a lot of time with today was 1 Peter 2:21-24 which talks about the cruciform nature of the Christian life—about how the life of the Christian is the life of patterning ourselves after the one who refused to retaliate, who committed no sin, and in whose mouth no deceit was found. It can seem an impossibly hopeless task. And it would be, perhaps, if it wasn’t for the second half of verse 23 which says this of Jesus: “Instead, he entrusted himself to him who judges justly.”

It seems to me that this is the only sure foundation for those who seek to walk in the path of peace but at the same time to acknowledge difficult passages and difficult realities. Like Jesus, we entrust ourselves to the one whose judgment, unlike ours, is unclouded by self-interest, self-justification, and the various other limitations that plague our interpretation of our Bibles and our world. We entrust ourselves to the only one who judges justly.

From: Anabaptism, Church, Discipleship, Eschatology, Ethics, Faith, Hope, Jesus, Mennonite Issues, Pastoral Ministry, Peace, Spirituality, The Bible, Theology
← “God Does Not Depend on You”
The Judge →
23 Comments Post a comment