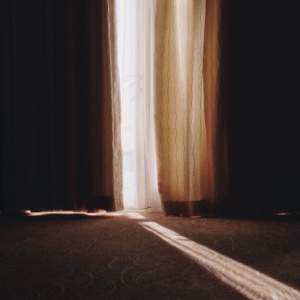 Sometime between Good Friday and Easter Sunday, I happened upon an interesting article called “Abandon (Nearly) All Hope” by Simon Critchley over at the New York Times philosophy blog. As the title might indicate, the author has little use for hope—at least in the way that it is conceptualized and applied in popular discourse. Hope is useful for little else than selling things to uncritical consumers or manipulating people into believing in all kinds of fanciful things for which there is no evidence. Critchley advocates Thucydides and Nietzsche as more worthy examples to emulate than the sellers of hope that we flock to by default. These thinkers understood that hope is for the weak and the easily manipulable, not for clear-thinking pragmatists. They understood that any meagre hopes we might be justified in embracing must be realistic. Critchley’s piece ends thus:

You can have all kinds of reasonable hopes, it seems to me… But unless those hopes are realistic we will end up in a blindly hopeful (and therefore hopeless) idealism. Prodigal hope invites despair only when we see it fail. In giving up the former, we might also avoid the latter. This is not an easy task, I know. But we should try. Nietzsche writes, “Hope is the evil of evils because it prolongs man’s torment.” Often, by clinging to hope, we make the suffering worse.

It’s no coincidence, of course, that this piece was published on Easter weekend, the time of the year when the language of hope reaches a fevered (and often wildly incoherent) pitch.  What better weekend than the past one to take a poke at hope?  So what do we say?  Is hope little more than a useful tool for the cynically pragmatic as they try to get the dreamy sheep to do their bidding? Ought we to adopt a more realistic approach to life, and abandon all this useless rhetoric about life coming out of death, light out of darkness, goodness out of evil? Does hope make suffering worse when it inevitably goes unrealized? More to the point, for Christians making their way out of a hope-drenched Easter weekend, is all this business about Jesus rising from the dead and defeating death just a pleasant fiction that we rehearse each year to keep the ugly truths of our real predicament at bay? To quote Critchley,

Is hope always such a wonderful thing? Is it not rather a form of moral cowardice that allows us to escape from reality and prolong human suffering?

I was thinking about these questions as I reread the four gospel accounts of Jesus’ resurrection on this Easter Monday morning. What struck me as I read these familiar stories was how, well, odd the reaction of those first witnesses really was—at least if we are expecting to see a cast of characters desperate to seize upon hope as a salve for the wounds of reality.  If this, the moment where Christian hope was born, was a flight from reality into the comforting embrace of illusory and convenient fiction, it is a very strange sort of flight.

In Mark, the women’s reaction to the news that Jesus is risen is to flee, “trembling and bewildered… because they were afraid.” Even in the disputed ending to Mark (16:9-20), the disciples initially refused to believe the testimony of Mary and Jesus ends up rebuking them for their uninspiring lack of faith.

Luke also reports that the disciples refused to believe the women at first, and that two of them didn’t even recognize Jesus as he walked with them on the road to Emmaus.

In John, the main characters are quivering in fear behind locked doors when the risen Christ appears to them—even after, evidently, a few of them had seen the empty tomb and the uninhabited grave clothes lying ambiguously on the ground.

Matthew’s account is probably the most triumphant of the bunch, but even here it says that some among the eleven disciples doubted, even after seeing Jesus in the flesh.

Of course, there are also scenes of exultant joy in these gospel accounts, but this is hardly the reaction that stands out. One could be forgiven, after reading the four gospel accounts of the resurrection of Jesus and the events immediately afterward, for thinking that the first witnesses are rather confused, sluggish, even reluctant participants in God’s great moment of triumph over evil, sin, and death.  The composite picture painted by the four evangelists is of a hope that was thrust almost unwillingly upon its first witnesses.

Which is, again, a bit odd, if we are reading these stories through the lens of “hope as flight from reality.”  If one were to dream up an otherworldly fiction through which to placate the weak, the ignorant, and the cowardly, this story would be among the more unlikely candidates. Whatever else we might want to say about the Christian hope, the idea that the resurrection of Jesus of Nazareth was a hastily assembled fabrication dreamed up by a bunch of heartsick idealists who were longing for a hope to provide comfort and meaning doesn’t even get off the ground. The stories just don’t read that way. Quite the opposite, in fact.

Simon Critchley thinks we ought to abandon (nearly) all hope.  It seems to me that this is pretty much exactly what the first witnesses to Jesus’ resurrection did.  Until hope-in-person rudely interrupted all the realism and dragged them along for the ride.